We celebrate it every year. No, not her heaven day. That very special day 15 days before. You see, Makiah went home to be with Jesus on October 8th, 2010. It was a day that radically shifted everything about my life. It seemed, back then, that all that was good had been shattered totally beyond repair. Joy seemed impossible. The very first anniversary in October of 2011, we took a trip to Amish country with our 7-month old twins. It was on that trip that I had such a strong impression we needed another baby in our arms by the next year.

I visited the doctor at the very end of the January after that to start the process of infertility treatments again. The timeline that had been in my mind seemed impossible. Except what I didn’t know sitting in that doctor’s office in Florida and discussing our options for moving forward was that I was already 4 weeks pregnant! It would be a few more weeks before I figured it out because it was impossible.

The day I woke up feeling so bad and thinking I would take a pregnancy test so I could get started on those infertility treatments the doctor had prescribed was the day I got my first taste of what God can do with the impossible. I will never forget the utter shock and the laugh-out-loud that bubbled up from somewhere deep inside when I saw those two lines on that pregnancy test.

The laughter came from a place I thought was dead forever. I sensed in my heart for the first time since Makiah was taken that God really did love me. A feeling I thought I might never “feel” again even though I knew in my head it was true… that joy had seemed impossible. Until that day.

Fast forward with me to last week. I had just returned from the Divine Women’s Conference, and I had been going over my notes trying to soak up all the truth that was poured out on me. I was drawn one early morning to my notes from Divine 2018. A message Jentezen Franklin preached about Esther and Purim caught my eye.

Purim is actually the plural in Hebrew that refers to the casting of lots. In Esther 3:7, the wicked Haman cast lots to determine what day would be the day of destruction for the Jews. The king followed Haman’s lead (3:9), and a decree was sent out declaring that, on a certain day, all of the Jewish people would be wiped out. What the King did not know was that his beloved queen was also Jewish.

The book of Esther tells the beautiful story of how God used the divine positioning of Esther and her courage to deliver the Jewish people. In Esther 9:21, we read that a letter was sent out with a different decree. That verse tells us that the Jews were to celebrate annually the feast of Purim… or the day that a different lot was cast.

In my notes, I had written that Pastor Jentezen said the enemy has cast one lot and decreed destruction, but God… But God has cast a different lot and declared a day of deliverance for the Jewish people—and us. I know that on October 8th of 2010, the enemy had decreed the destruction, not just of Makiah’s life but of our faith and the faith of the future generations that would belong to us. The safe delivery of the twins kept me breathing, but the birth of Maddie Grace brought my heart and hope back to life.

What grabbed me as I read through my notes was that Esther 9:21 declares the day of annual celebration and 9:22 explains why…

9:21-22, NIV: “to have them celebrate annually the fourteenth and fifteenth days of the month of Adar as the time when the Jews got relief from their enemies, and as the month when their sorrow was turned into joy and their mourning into a day of celebration…”

I want you to see this with me. You’ll never guess when our little Grace baby was born. September 21…on 9/21… did you catch the reference for the decree of the annual celebration of the day God turned their mourning into joy??? The day He cast a different lot? The Day of Deliverance instead of destruction?? The verse that established it was Esther 9:21! Just sit here with me for a minute if you will.

It has taken me nine years to see this! Only a sovereign, loving God could have worked it out for this little miracle who brought the love of God crashing back into my heart to be born exactly on 9/21, the same reference number as the declaration of the annual celebration of sorrow turned to joy in Esther!!!

The name of God does not appear anywhere in the book of Esther. There is prayer and fasting, but God Himself is not mentioned. He appears to be silent. And there are seasons in our lives where God is not evident. Surely, this was one for me. On October 8th, 2010 when Makiah was killed, it seemed God was nowhere to be found. But He was working, and just like in the book of Esther, God’s fingerprints are everywhere. What was impossible has become possible. And now 15 days before Makiah’s heaven day, we annually celebrate the day that I personally got relief from my enemies, and my sorrow has been turned into joy and my mourning into a day of celebration!

My prayer on this 9th year of Makiah’s heaven day is that her story would go far and wide. Every year, I find myself needing to write about her name… Makiah from the Hebrew that means “Who is like Yahweh?” Once again, I am sitting in awe and marveling at the prophetic nature of her name and how the marvelous hand of God is at work in our lives even when we cannot see it at first.

His fingerprints are everywhere. Give us eyes to see, Lord, that what the enemy decreed as a day of destruction, our God can turn to a day of deliverance! Makiah lives in heaven now, but the testimony of Jesus has not been wiped out of our family! In fact, the scars in our hands and the resurrection in our hearts that were dead but now are alive declare it even more loudly! 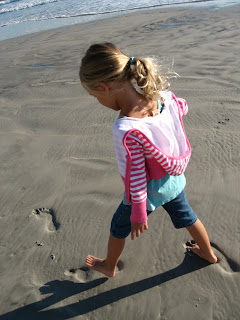 Makiah’s last walk on the beach the morning she would meet Jesus. 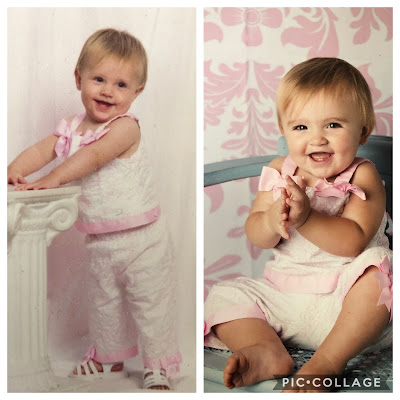 Makiah on the Left and Maddie Grace on the Right

This is an updated edition of a post originally published on rachelsuzking.blogspot.com I wear the many hats of pastor's wife, mom, blogger, and speech language pathologist. My husband and I have a vision to see the kingdom of God expand as people encounter a real and living God at Newsong church in Monroe, Georgia. My purpose as a blogger is to share my story of loss and restoration with the broken so that the hope of Jesus and the the power of His resurrection life will bring them into their destiny. Check out my story at rachelsuzking.blogspot.com.