What Kind of an Armor Bearer Are You? Provoking One Another to Great Exploits

I want to share a concept with you that should revolutionize the way you think about ministry and God fulfilling His call and destiny in your lives. It’s an attitude that must be in place in our lives if we are to properly motivate one another to great exploits in Jesus.

Daniel 11:32 (NKJV) “Those who do wickedly against the covenant he shall corrupt with flattery; but the people who know their God shall be strong, and carry out great exploits.

God’s desire is for all of us to be people who know our God and thus do great exploits for Him. The focus of this message is on encouraging others and esteeming others as more important than yourself. It’s about being an armor-bearer. It is about perceiving the grace and anointing in others so that you can properly encourage them to great exploits in God.

Definition of an Armor-bearer: An officer selected by kings and generals because of his bravery, not only to bear their armor but also to stand by them in time of danger. — Easton’s Illustrated Dictionary

The Story of Jonathan and Armor bearer – 1 Samuel 14

This is a powerful story of someone who knew his God and what God was capable of and how Jonathan’s armor-bearer encouraged him to take a risk of faith that brought forth a great exploit and victory for the nation of Israel. This passage of scripture truly shows how we must work together to do great exploits for Jesus.

Background of Story: Saul and his army are reduced to about 600 men because the Philistines are operating from a stronghold and terrorizing the Israelites to the degree that most of the army has deserted and is hiding in caves, thickets, rocks, holes, and pits. Of the 600 men, only Saul and Jonathan have weapons because the Philistines took away all their blacksmiths.

Similar to where Christianity is today: Much of Christianity today is cowering before the enemy with our entire spiritual arsenal stripped from us because we have compromised ourselves before our enemies of the faith.

What is needed today are new heroes of the faith who are willing to do great exploits by taking great risks in faith to ensure the victories that are needed.

1 Samuel 14:1-2 Now it happened one day that Jonathan the son of Saul said to the young man who bore his armor, “Come, let us go over to the Philistines’ garrison that is on the other side.” But he did not tell his father. 2 And Saul was sitting in the outskirts of Gibeah under a pomegranate tree which is in Migron. The people who were with him were about six hundred men.

Jonathan’s confession of faith – He stepped out in faith in what He knew God was able to do.

Many of us are afraid to step out in faith unless we have a sure word from the Lord. At this point in the story, Jonathan did not have a sure word. All he had was what he knew God was able to do.

Later on in the story, He had a faith that was invincible because as he began to move forward in what He knew God was able to do, his faith was personalized, and his confession turned from one of “it might be” to “Come up after me, for the LORD has delivered them into the hand of Israel.”

The righteousness of God is revealed from faith to faith – Romans 10:17.

1 Samuel 14:7 So his armorbearer said to him, “Do all that is in your heart. Go then; here I am with you, according to your heart.” 8Then Jonathan said, “Very well, let us cross over to these men, and we will show ourselves to them. 9″If they say thus to us, ‘Wait until we come to you,’ then we will stand still in our place and not go up to them.

His armor bearer said, “Do all that is in your heart, I am with you.” The whole nation of Israel reaped a great blessing and victory because the armor-bearer encouraged Jonathan in this process.

Saul and his army were literally stuck in discouragement with the enemy attacking from every side.

Now the balance of war is about to change because of the exploits of one man and his armor-bearer.

As the story goes on, Jonathan becomes invincible in his faith and the Lord works with him to win a great battle in which the enemies of Israel are in such a state of confusion, that they begin to kill one another.

1 Samuel 14:12b Jonathan said to his armor-bearer, “Come up after me, for the LORD has delivered them in the hand of Israel.

Saul and all the people eventually join him in the battle with all those who had been scattered and were in hiding.

1 Samuel 14:22-23 Likewise all the men of Israel who had hidden in the mountains of Ephraim, when they heard that the Philistines fled, they also followed hard after them in the battle. 23So the LORD saved Israel that day, and the battle shifted to Beth Aven.

This was to be one of Jonathan’s greatest and most successful exploits in his life.

The point I want to focus on here is, how important the armor-bearer was to Jonathan and his great exploit and victory that ensued.

What Does It Take to Be a Good Armor-Bearer?

We find some of these attitudes later on in the life of Jonathan in his friendship with David. Even though Jonathan already had his great moments in battle, he was perceiving the grace of God in David and that God had truly called David. He must decrease while David increases.

In the same way that his armor-bearer laid his life down for him, he must now do the same for David. Jonathan and David were both kingdom men. They saw beyond the natural circumstances and into the kingdom’s perspective.

1. We Must See Our Lives Through A Kingdom Perspective.

1 Samuel 20:4 So Jonathan said to David, “Whatever you yourself desire, I will do it for you.”

I believe he took an inventory of his life in comparison to David and knew in his heart David was the man – not him. As a result, he fully supported David and helped David to become the great man of God that he was.

2. We Must Be Willing To Lay Our Lives Down For The Benefit of Others and the Kingdom.

1 Samuel 20:30-31 Then Saul’s anger was aroused against Jonathan, and he said to him, “You son of a perverse, rebellious woman! Do I not know that you have chosen the son of Jesse to your own shame and to the shame of your mother’s nakedness? 31″For as long as the son of Jesse lives on the earth, you shall not be established, nor your kingdom. Now, therefore, send and bring him to me, for he shall surely die.”

Jonathan’s willingness to help David escape his father shows that he was willing to lay down his own dreams and aspirations to see David succeed. He was willingly giving up his position as the future king of Israel because he perceived the grace and anointing was on David.

You will never be able to properly encourage and provoke others to great exploits until you are truly willing to lose your life.

1 John 3:16 – Lay our lives down for one another. We must learn how to throw the lifeline to others no matter what the cost to our own lives maybe.

How many of us are willing to lay down our own dreams and aspirations to see others succeed in our stead when we perceive there is a grace and an anointing that may be greater than our own?

3. We Must Develop An Attitude Of Honoring And Preferring One Another.

This really is the attitude adjustment that needs to take place in all of our lives if we are to successfully encourage one another to great exploits.

Philippians 2:3-4 Let nothing be done through selfish ambition or conceit, but in lowliness of mind let each esteem others better than himself. 4 Let each of you look out not only for his own interests but also for the interests of others.

This is really the primary attitude and concept that allows us to become all that God has ordained for our lives and that properly motivates us to encourage others to great exploits in Jesus.

Selfish ambition and conceit will only produce wood, hay, and stubble in your lives. You may have some exploits, but they won’t be the exploits that are born out of the heart of God.

God wants to lead you into exploits that produce gold, silver, and precious stones. It really takes having an attitude of preferring others as more important than yourself to produce the qualities that true armor bearers have.

John the Baptist understood this when he said, “Jesus must increase and he must decrease.”

We have to guard our hearts from jealousies and selfish ambitions.

4. We Must Recognize The Season We Are In And Build Our Lives Within

Jonathan recognized both seasons he was in. He knew when it was time to step out in faith to perform great exploits and he also recognized the season of being a great encourager to David. Kingdom people have a sense of where they are at and what they have been commissioned to do and build accordingly. Do you?

Joel 2 gives us a vivid picture of the church functioning perfectly – Everyone knew their place and position. This is what is going to make the church in the last days become the beautiful and glorious church going forth doing the great exploits that it has been purposed for.

Joel 2:7-8,11 They run like mighty men, They climb the wall like men of war; Everyone marches in formation, And they do not break ranks. 8 They do not push one another; everyone marches in his own column. Though they lunge between the weapons, they are not cut down. 11 The LORD gives voice before His army, For His camp is very great; for strong is the One who executes His word.

Ephesians 4:16 from whom the whole body, joined and knit together by what every joint supplies, according to the effective working by which every part does its share, causes growth of the body for the edifying of itself in love.

At The Rock, there are so many areas we can serve as armor-bearers such as small groups, prayer teams, caregiving, greeting, ushering, and serving in the many different areas. If you see a hole, figure out how you can plug it up.

I believe it’s time for the balance of power to change in our spiritual warfare. Just as Jonathan and his armor bearer were able to change the balance of power for the nation of Israel, I believe we can do the same for the church as we link together with those we are serving with. Especially now, as we are positioned at the gates of the city, let us go forth in the position God has ordained for this season of our lives.

Let us march in step with each other, no one pushing or shoving for position, but rather united together to hear the voice of God as He gives voice to his great army in this hour of our destiny!

Featured Image by Andreas from Pixabay

KINGDOM WINDS
JOIN COMMUNITY   JOIN COLLECTIVE   PUBLISH WITH US
The views and opinions expressed by Kingdom Winds Collective Members, authors, and contributors are their own and do not represent the views of Kingdom Winds LLC. 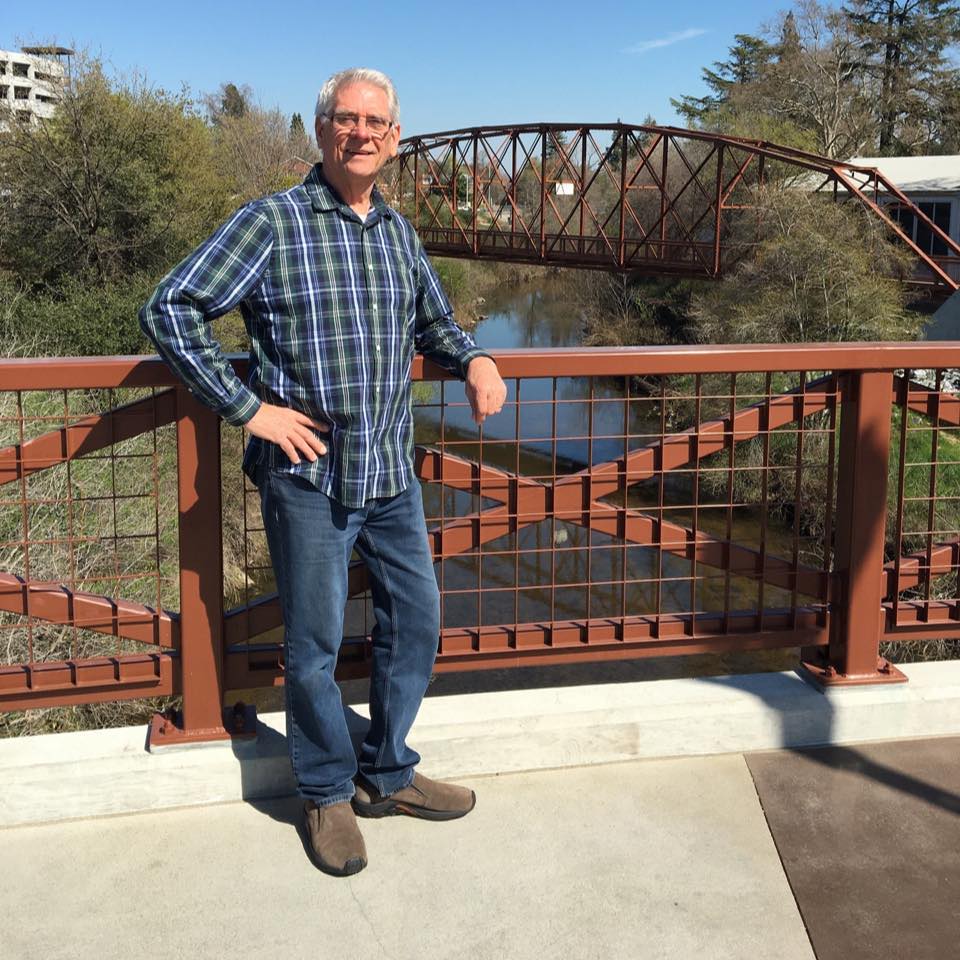