This group of young professionals expressed excitement about the pressure their leadership put on their department to be creative and to innovate.

A couple of months ago I was asked to speak with a small group of young academic professionals working in the field of distance education. After giving some initial thoughts, we sat and talked about some of the challenges they were facing, how they thought about their career path, and the pressure they felt to outpace the Joneses (rather than just keep up with them).

This group of young professionals expressed excitement about the pressure their leadership put on their department to be creative and to innovate. At the same time, they expressed concern about the pressure of making enough money to fund subsidized residential programs (a pretty normal higher ed practice). All the while, that same leadership team was dreaming about the amazing new buildings they might build or the big initiatives they wanted to fund. The consensus of the group was that the pace at which they were running wasn’t sustainable. They were trying to sprint a marathon.

Since I am preparing to teach an upcoming course with Right on Mission on organizational and cultural dynamics, I began to reflect back on my career and on this more recent conversation. Whether as an administrator, consultant, or congregant, I’ve seen some version of the dynamic described above at many schools, churches, and non-profits. The dynamic has three common elements: mission, vision, and mismatching.

Mission. The dynamic generally requires a compelling mission aimed at advancing God’s kingdom. Those who choose to work for Christian organizations normally invest heavily in that mission and desire to see it become a reality. They want the organization to succeed because they see its success tied to the mission.

Vision. The dynamic also involves the vision casting of the board and/or the top leaders in the organization. As the leadership dreams big dreams, they use terms like “innovative,” “creative,” or “cutting edge,” to frame that vision and make it seem as though moving toward this future state will be exciting. It will, in some ways, be a privilege to be involved.

Mismatching. With the mission and vision in place leadership now look toward funding and implementation. They set goals and targets that are sometimes tied to resources (other times not). In certain instances, leadership has decided they want the moon only to realize they can only pay (or only want to pay) for a plastic replica. Luckily, they often have a team of people who are so committed to the mission/cause that a little thing that having insufficient resources won’t stop them from pursuing the goal. The leader gets to “rally the troops” while largely ignoring the challenge of organizational capacity, which, as Toma states in Building Organizational Capacity, “is the administrative foundation of an institution, which is essential for establishing and sustaining initiatives intended to realize its vision.”

To be sure, I’ve seen Christian organizations that don’t operate like this (I’m working at one right now), but in a highly missional, often resource-strapped sector there is often a risk that the next creative idea or pet project will push an organization beyond what it has the capacity to handle unless employees are pressured to go “above and beyond” to make it work.

So, if an organization’s leadership doesn’t recognize the capacity problem, what can be done to fix it? A few thoughts:

Recognize the Difference between Saying ‘No’ and asking ‘How?’- There are times when initiatives are advanced in Christian organizations by sheer force of personality. Rather than having substance, ideas are grabbed out of nowhere or based on personal opinion. People get in the habit of accepting the ideas of charismatic leaders because they appear confident or intimidating or spiritually authoritative. So, if you find it difficult to say “no,” you should consider asking “how?” “How” is where the rubber meets the road. It can be dodged, but not faked. Asking “how will this initiative be implemented” or “how will it be staffed and funded” are questions that are relatively simple to answer if a plan has been well thought through (and virtually impossible if the plan hasn’t been). “How” can be a great way to push your leaders and, in the best-case scenario, help them realize that there is a difference between casting vision, having an idea, and actually making it work.

Don’t Let Sentimentality and Emotion Crowd Out Reality- The reality is that good feelings and history don’t keep the lights on. At some point, organizations have to raise the necessary capital (financial or otherwise) to function well. Again, I think it is great to love what you do and be sold out on your organization’s mission. At the same time, things end. That doesn’t mean you should raise the white flag at the first sign of trouble. Rather, it means we need to ask whether our important mission is still important and, if so, whether our important mission is still best accomplished by our organization. As I’ve suggested in Thinking Christian, the body of Christ “…resists the urge to sustain institutions or programs that God has used despite the fact that God is no longer using them.” We don’t get sentimental. We deal with the reality of our situation and work hard to follow God’s lead.

Capacity is an organization problem, not just a leadership problem. When those of us who work in Christian organizations take on more work than we should, pick up the slack for co-workers or bosses who aren’t willing or able to do their fair share or allow personalities to move ahead with big ideas without questioning how those big ideas will actually come about, we contribute to our organization’s capacity problems. Leadership is certainly culpable as well, but leadership is too often an easy target. Leadership is a contributing factor rather than a root cause. It is up to us to learn how to navigate organizational cultures so as to allow leaders to see where the cracks in the foundation are getting too deep. Covering up the problems with our efforts doesn’t allow diligent leaders to see the actual state of the organization they are leading. Give your leaders the opportunity to own the challenges of your organization so you can experience the upside and downside together. 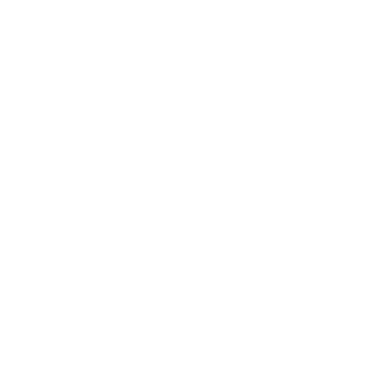 For more than a decade, James served in academic leadership within biblical higher education. He currently serves as Vice President and COO of the Moody Center, an independent non-profit organization in Northfield, MA, dedicated to honoring the spiritual legacy of D.L. Moody. James serves on faculty at Right On Mission and as an Associate Consultant for Ruffalo Noel-Levitz where he assists colleges and universities in the areas of leadership development, online programming, and enrollment management. He also teaches as an adjunct instructor at the collegiate and graduate level in the areas of biblical studies, interpretation, and Christian thought. James graduated with his B.S in Kinesiology from the University of Illinois at Chicago in 2000 before earning his Master of Divinity from Moody Theological Seminary (2004), his M. A. in Biblical Exegesis from Wheaton College Graduate School (2005), and his PhD in Theological Studies-Old Testament from Trinity Evangelical Divinity School (2012). He later attended the Harvard Institute of Education Management and completed a year of executive coaching. James researches and writes in the areas of theology and Old Testament Studies. He has published Thinking Christian: Essays on Testimony, Accountability, and the Christian Mind in 2020 and co-authored Trajectories: A Gospel-Centered Introduction to Old Testament Theology in 2018. James also co-authored "Isaiah" with Michael Rydelnik in the Moody Bible Commentary and contributed to Marriage: It's Foundation, Theology, and Mission in a Changing World, and The Moody Handbook of Messianic Prophecy.In addition to writing on theology and Old Testament studies, James has also published and presented in the areas of online curriculum design, higher education policy, organizational strategies for higher education recruitment, and Christian leadership. James and his family live in the Chicagoland area. He is available to speak in the areas of Christian leadership, Christian theology and contemporary issues, Christian identity in the digital age, biblical higher education and college choice, and Old Testament theology. .