The anxiety was too much sometimes. I mean, even as God was giving us wonderful accommodations for our travels beyond what we could find on our own, I worried.

“I’m sorry for the uncertainty,” my recruiter said.

And it wasn’t. It wasn’t his fault any more than it was mine, and it wasn’t even the fault of the hospital administration we waited on for an answer. It simply was what it was. Gosh, I hate that phrase, but I could think of no better description. It was what it was.

Travel nursing is a whole lot of waiting and uncertainty. I mean, it’s not that bad, but it, for sure, is less stable than a staff nurse position. I never know from one assignment to the next where I might end up. Basically, we sign a contract to work a job three months at a time at a given location, and somewhere around 3-4 weeks from the time it ends, I can start looking for my next job, hospital, and location. No sooner. You might have the grand idea of going to Colorado in the summer, but even though a job would be open in April (when you were under contract in Florida), it most likely wouldn’t be hiring in June (when you needed another job).

This took a lot of getting used to for me. Always a planner, even a perfectionist (though I shudder to admit it), it was hard for me. I guess it could be hard for anyone who enjoyed stability with their employment or certainty with their finances. Perhaps for a young, single person, it would be easier, but for a middle-aged mother of three taking her children and husband along, it was not.

One might consider it a heavy burden being the primary breadwinner for your family in such an undependable environment. Travel nurses made good money, as coworkers were quick to remind me, but you had to when you accounted for the things you didn’t have in your pay package. You needed a financial cushion since you didn’t have paid time off or sick leave. You wanted a little extra if the next job came a couple of weeks late or if it took you a thousand miles from your current one. See what I mean?

Today, my husband made himself a plate of sharp cheddar slices and saltines, and as he sat eating them, our three-year-old appeared out of nowhere like some snack-stealing ninja. She offered him her grandest grin, reached stealthily and confidently for a cracker, then giggled as she stole it away.

He watched her wander off and mused, “She didn’t even worry that I wouldn’t give her one. She just knew I would.”

And that, my friends, is the kind of thinking I have adapted to over the past year.

When God leads you to something new, and when you listen to His lead, they say you’re stepping out in faith. And I’m discovering that many times when you’re led to something, God has a wonderful plan to change you for the better from the inside out. He doesn’t just take you to a different job or state. He takes you to a new level with Him. He takes you from fear to courage, from defeat to success, from the bondage of worry to the freedom of trust. Who knew?

I have loved God for a long time, but even as I drew close to Him in a personal relationship, there were some areas I still held control of. It’s not that I didn’t think He couldn’t handle it. I knew He could, but so could I. I would worry about finding us affordable housing in Florida. I would worry about leaving the same job I’d been at for seven years.

I would balance the budget and be proactive. Nothing extra for tithing at the time, but I would worry about that later. I got myself into this mess of debt, and I’d get myself out. Always thinking of ways to save money, solve problems, and make things easier. Worrying about the children, feeling responsible for the struggles of those around me. It was exhausting.

Somewhere in the mix, it got really heavy. The anxiety was too much sometimes. I mean, even as God was giving us wonderful accommodations for our travels beyond what we could find on our own, I worried. Even as I earned income above what I thought I ever could, even as God blessed our finances, I worried about the unexpected expenses. Even as He provided money out of nowhere for the surprise RV repairs, I worried in the back of my mind for the next repair around the bend.

I wrote everything down, I calculated, I estimated, I ensured. I easily forgot that my Father would give me anything from His plate. 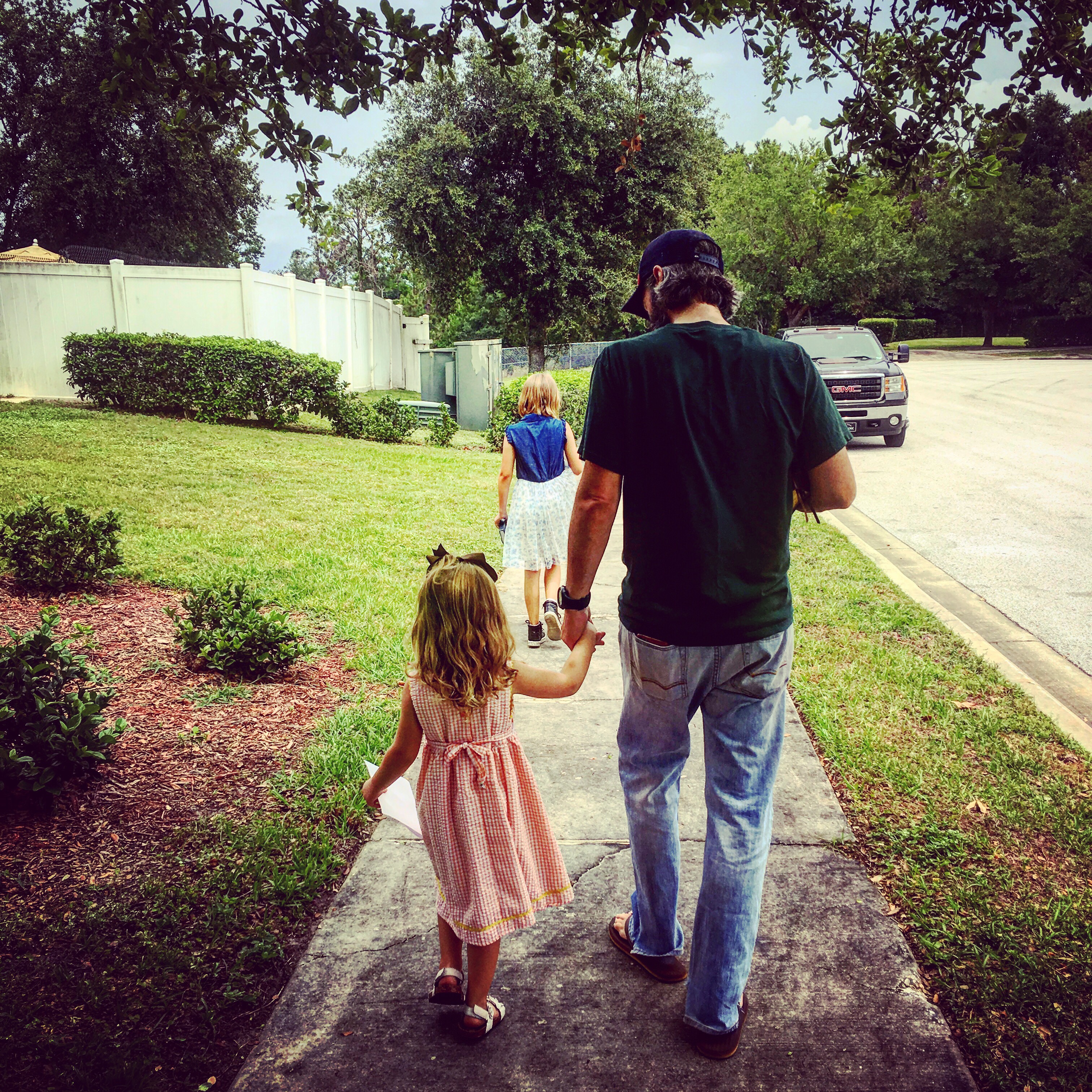 Now, here I am with seven shifts left on my current work contract. Will I stay, will I go? If we go, where? Is this where God wants us to be right now? Last week, I felt so certain it was, but now? I’m not so sure. I thought about praying for Arizona before. I had prayed to get the job in Tucson. I had really wanted it!

But then I had prayed to God that, above all, I wanted Him to take us where He wanted us to be. I wanted Him to open doors and close them, too. The thing was when you did that, you had to trust God when the open doors were not what you expected them to be. Especially then.

So I have zero anxiety. Zero worries. 100 percent chill. I can say that in all honesty. God told me once that I won’t always know the answer. I won’t always see the path ahead. But I can know who directs those paths. My God. My Father, who, with His plate of great abundance, provides for all my needs. Not some, but all.

He leads, He guides, He protects, He provides. I ask, I receive, I lay it down, He gives back even more to me. I can approach His table with confidence, knowing that He loves to give good gifts to His child. I can let go of all the things I thought I needed to control and exchange them for the better things He has in store. That is trust. That is walking in faith. That is receiving from His bounty.

Whether we go, whether we stay (and we really wanna stay), we are at peace. If we go, no matter where we go, we go with God, we go with joyful, expectant hearts, ready to shine the light of Jesus. It’s not always easy letting go of worry or giving up control, but it is always better in the end. Letting go brings courage, it banishes fear, and it provides you with a solid certainty of life (even if the circumstances surrounding you are uncertain). Turn the Other Cheek?

Know The Word That Sustains The Weary